Text Us
Leave a Review ▸
CONTAINER SHOWINGS BY APPOINTMENT ONLY
The cart is empty
GET A FREE QUOTE!
&   Receive Actual Pics

News GET A FREE QUOTE
IN 10 MINUTES OR LESS!
&   Recieve Actual Pics from Danny
GET STARTED!
Schedule Now

News GET A FREE QUOTE
IN 10 MINUTES OR LESS!
&   Recieve Actual Pics from Danny
GET STARTED!
Schedule Now

Today, after more than 50 years of partnership A.P. Moller – Maersk announces that the Salling Companies acquires the remaining 19% shares in Dansk Supermarked Group.

Dansk Supermarked was established in 1964 following a partnership agreement between Herman Salling and A.P. Møller and since then, Dansk Supermarked Group has grown to be Denmark’s largest retail group. 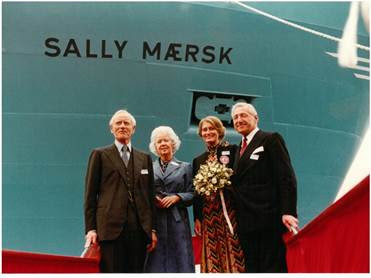 “It has been an honor for us to be part of this very successful journey for more than five decades. In that light, it is particularly important for us to have facilitated an excellent Danish solution where one of the largest private employers in Denmark continues to have its headquarter in Aarhus. The last three years have proven that this solution was the right solution for Salling Companies, for Dansk Supermarked and for our shareholders,” says Søren Skou, CEO of A.P. Moller – Maersk.

Closing is expected to take place before end of 2017.